Remembrance Day... Lest We Forget

Last night many from Sturgeon Point had the privilege of attending the Candlelight Procession in Fenelon Falls.  The Veterans, Legion members, Cadets, Scouts, Cubs and Beavers, along with members of the community paraded through Fenelon Falls to the Cenotaph (across the street from the LCBO).  There the candles are placed around the base of the Cenotaph where the Cadets will stand vigil though the night until this morning's service.  It is an incredibly moving ceremony. 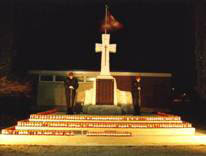 Lt-Commander John Walker Macmillan, on board the USS Langley, 1945... 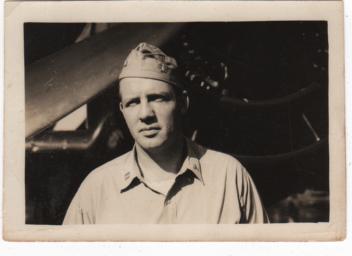 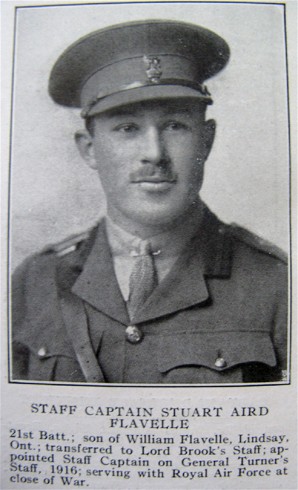 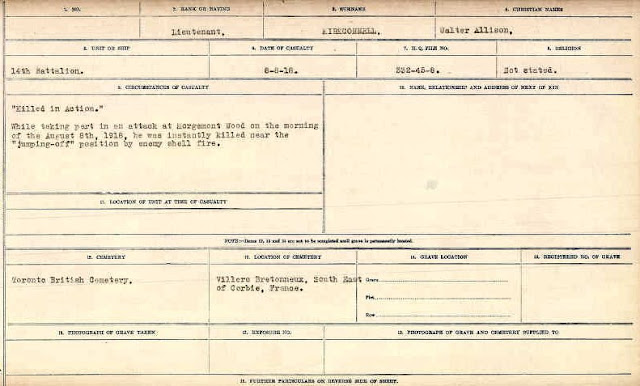 Recently the Neelands family shared their family albums with us.  The first two pages were full of the Lindsay 45th Regiment leaving for Valcartier in August 1914.  They were being led by Lt-Col. Fred Holmes Hopkins.  It was to be his last day at home.  This first image shows the Regiment assembled inside the Lindsay Armouries. 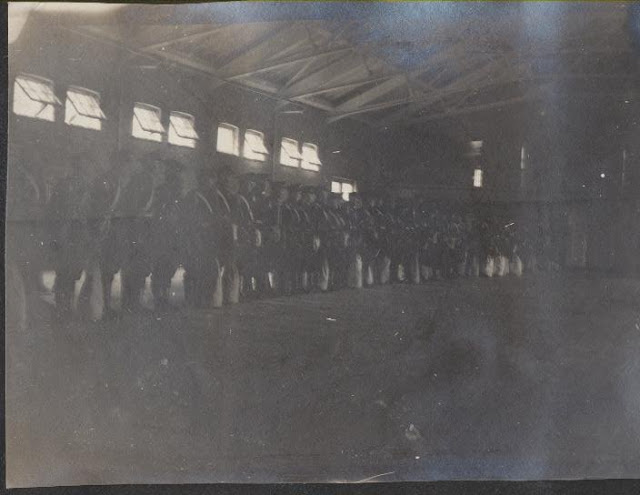 and Fred Hopkins standing just outside the front doors of the Armouries. 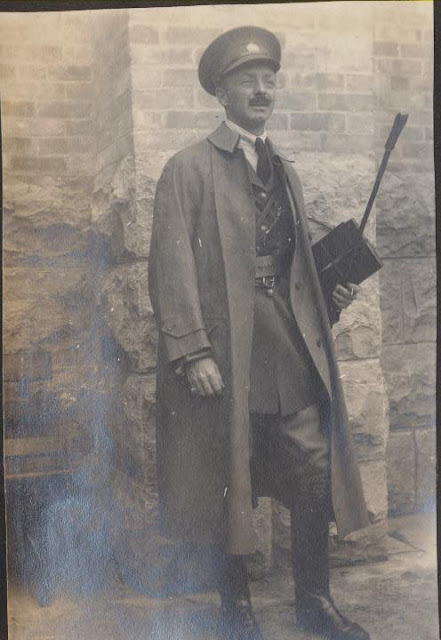 Led by the band, then the Regiment began its march through town to the train station. 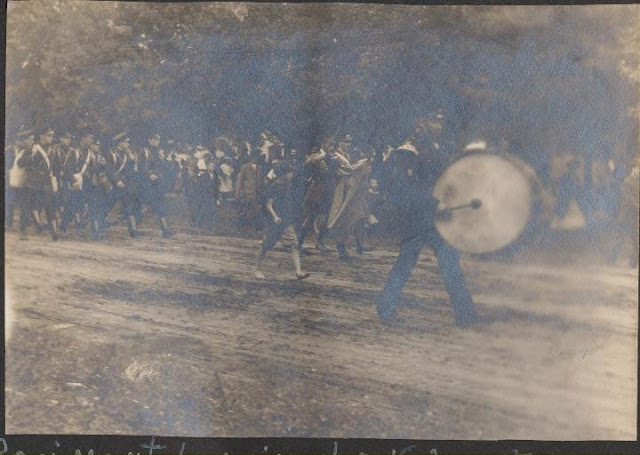 With Fred Hopkins front and centre. 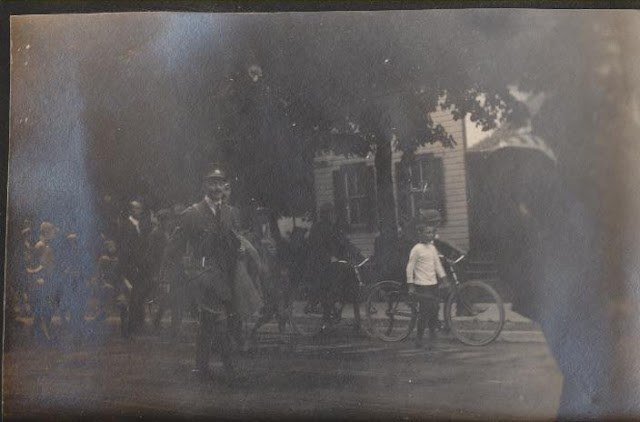 At the train station midst all the good-byes... 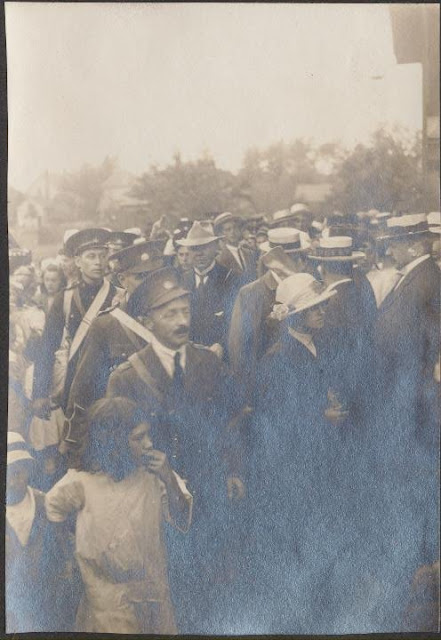 and one last pose in front of the engine... 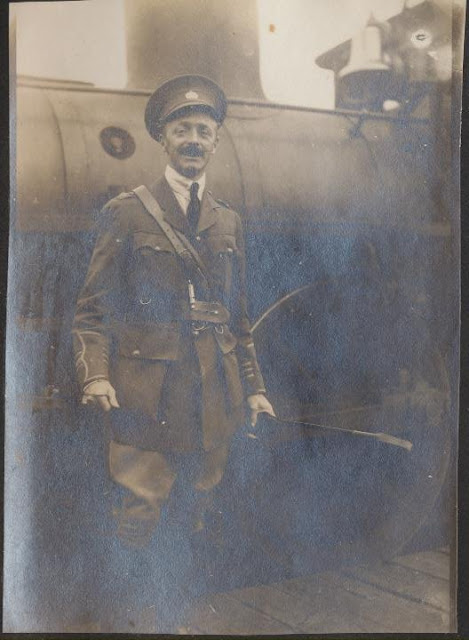 Fred Hopkins was killed in a traffic accident in England on the 30th of January, 1916. 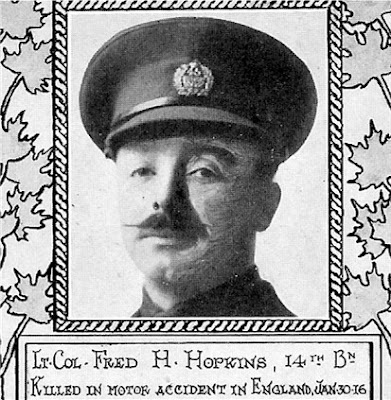 Courtesy of the University of Toronto Roll of Service, 1914-1918 (pub 1921) p68
Because Fred was killed in a traffic accident and not in battle, his remains were repatriated and he was buried with full military honour at Riverside Cemetery in Lindsay.  It is reported that the shops on Kent Street all closed and that the streets were lined in honour of  Lt-Col Fred Holmes Hopkins. 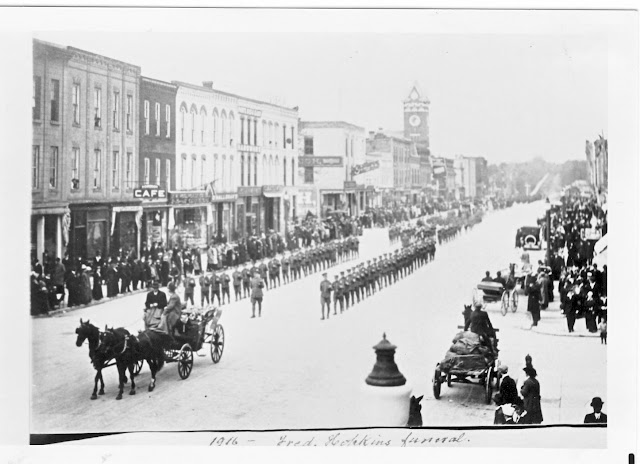 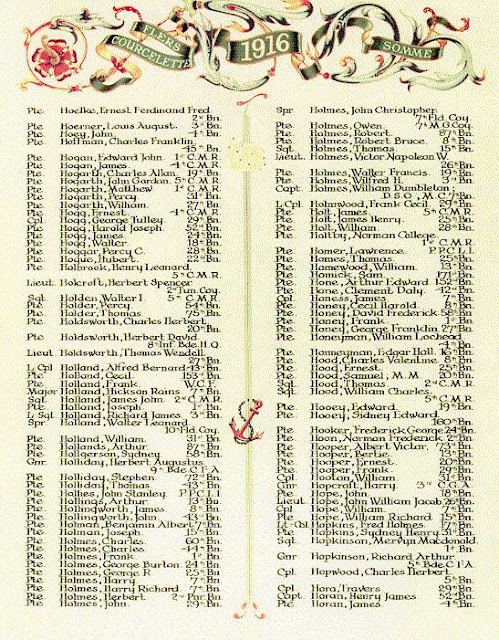 From the poem For The Fallen by Lawrence Binyon come the lines...


They shall grow not old, as we that are left grow old:
Age shall not weary them, nor the years contemn.
At the going down of the sun and in the morning
We will remember them. 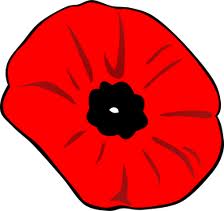 Posted by The Sturgeon Point History Project at 10:34

Other Spots of Interest